An important thing to realise about Yonex is the fact that technology is the hub of everything they do. Both head and shaft are constructed in tandem, in-house to develop synergy and deliver a better golf-club. The main focus of their research and development has always been on weight savings. Their expertise in graphite allows Yonex to deliver super lightweight hybrids which benefit golfers with slower than average swing speeds.

The core family of metal woods from Yonex is the EZONE. EZONE hybrids have evolved from an ordinary, traditional looking and performing hybrid with a carbon crown and low CG location to one of the more technologically sophisticated hybrids in the marketplace.

The EZONE Elite 2 incorporates a new octagonal crown which not merely lowers the CG even further for more forgiveness but additionally flexes at impact for more initial velocity and launch. However, the thing that makes more recent Yonex hybrids (and their wider metal wood range stand out) could be the new groove patterns they've adopted. On the hybrids, they're, not surprisingly, diagonal with the theory being this prevents grass and moisture from coming between the ball and face for increased steadiness and superior precision.

Another ingenious innovation from Yonex is Dual Tungsten Power or DTP which technology increases head speed and helps the balance and stability of the golf club to provide a long straight ball flight. A simple tungsten screw in the head and grip of the club enhances the stability of the club.

Starting life as a manufacturer of wooden fishing floats and more known in badminton and tennis circles, Yonex doesn't seem like your regular premium golf manufacturer. However, having found results in the utilisation of graphite shafts for tennis and badminton, the company found precisely the same can apply to golf clubs. Identifying an evergrowing market, Yonex was born as we know it today and established its base in Torrence, California ready to release its first clubs in 1983.

The amount of technology Yonex applies to its golf clubs is second to none. Every facet of the club is diligently researched, designed, and manufactured by them to satisfy their tight tolerances, and to ensure the product will deliver the performance they promise. An advanced level of technology results in Yonex golf clubs being aimed at the beginner or game improver. Yonex golf irons feature all of the technology you’re accustomed to - perimeter weighting, cavity back, added mass in the heel and toe, and a super-thin, super-fast face.

An area where Yonex irons get noticed is the physical size. Yonex engineers realise that in order to utilise technology to the maximum, that sometimes sacrifices need to be made. Some manufacturers limit themselves by attempting to make clubs that will appeal in appearance. Yonex, however, is self-assured their technology greatly overshadows any detrimental effect on aesthetics. A slightly wider sole, thicker top-line and longer blade length create extra space for the engineers to put mass - which equals improved forgiveness and a massive tick for game improvers and beginners!

Yonex is amongst the few golf manufacturers (in addition to Honma) who manufacturer the shafts which go into their golf clubs. By building the shaft and head in tandem, Yonex delivers even more performance than if the heads were on a ‘stock’ offering - which is another small detail which helps make this premium manufacturer stick out from the crowd. 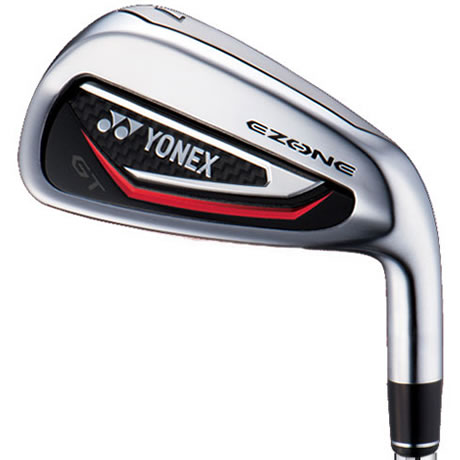 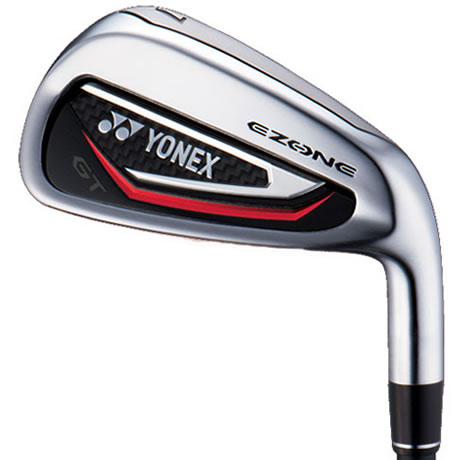 Yonex was founded in 1946 by Minoru Yoneyama as a producer of wooden floats for fishing nets. The company was later forced out of this market because of the invention of plastic floats. This led to a commitment by Yoneyama to never again be left behind by technological advancements. The innovation that fuels Yonex was born. With a huge tennis and badminton presence on the major tours, Yonex is a brand that has innovated right from the word go. From widebody badminton rackets to graphite tennis rackets, Yonex has led advancements in many sports. In the '70s Yonex began to experiment with graphite shafts for both tennis and badminton rackets and found that these would also be useful for golf clubs. Modern day Yonex golf clubs are extremely forgiving, lightweight, powerful and importantly, very easy to use. With past endorsees including Phil Mickelson, Colin Montgomerie and Ryo Ishikawa, Yonex is a force to be reckoned with.