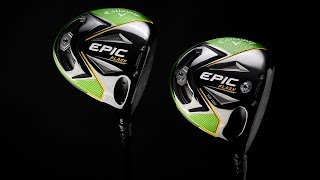 Earn 798 loyalty points worth £7.98
When you buy this product 798 Loyalty Points will be added to your account after the 30-day returns window has elapsed. Loyalty Points are accrued on every order and can be spent on any item at any time during the checkout.
Loyalty Points

Callaway have never been a company that has shied away from trying radically different designs and concepts. Over the years some have not been the success they perhaps would have liked but some have gone on to change the face of golf equipment. They have become one of the top golf club manufacturers not through playing it safe, but by moving away from the norm in an effort to make this very difficult game a little bit easier.

With the Callaway Epic Flash driver comes the first golf club to have been designed using Artificial Intelligence. Essentially a huge super computer was given instructions and parameters on a design and then set off to see what it would create. The result is Flash Face. Whilst the club face looks much like any other clubface on the inside, the construction of the Flash Face on the inside is entirely different from anything seen before.

What the Flash Face actually achieves is ball speed, and lots of it. Even on off centre strikes the Flash Face proves its worth with excellent performance as the uneven swirls on the inside do their job. The Jailbreak technology from previous drivers is still there, but has been improved to provide enough strength to allow for a thinner face.

At Address the Epic Flash Driver has the familiar Callaway shape which has proven exceedingly popular over the past ten years or so. It has a longer profile than the SubZero version and as a result looks a little easier to hit at address. The sound at impact is a slightly softer than the SZ but is still reassuring and full of feedback.

The centre of gravity is further back on this standard head than the SubZero head and as a result it is marginally more forgiving on off centre hits but in truth there is little between them. What the standard Epic Flash driver does offer though is a slightly higher launch and spin which is essential for lower speed players in order to maximise their carry distances. The same weight track is found on both drivers and its horizontal movement affects the amount of fade or draw rather than the amount of backspin.

Callaway have come up trumps again with the release of the Epic Flash driver, consistently coming out top in performance on many independent tests. If you are thinking of changing your driver then the Callaway Epic Flash driver should be right at the top of your list. Take advantage of our Callaway Epic Flash sale and get one of the best drivers ever made at a massively reduced price, be quick only limited stock available. 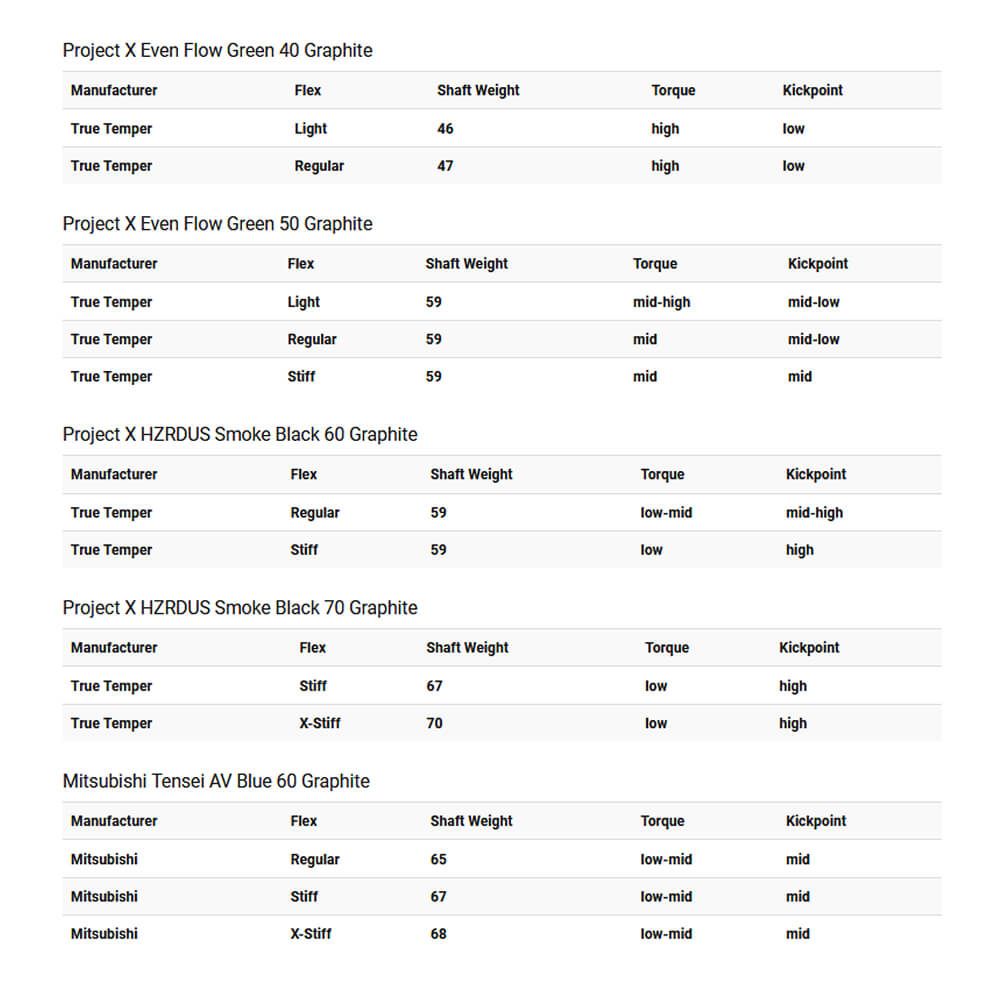 At Scottsdale Golf, we love to take great pride in offering golfers from all across the world the greatest selection of custom-fit options for their new clubs.

New golf clubs can easily be created to suit your individual game. Simply choose your options from the drop-down menus on this product page and the manufacturer will assemble the golf clubs for you to the precise specification.

On the majority of golf clubs, you can customise the following items:

In many cases, there isn't a charge. Some producers do charge an upcharge for certain shafts or grips but there are numerous options that don't cost a penny above the standard set.

Yes. As the clubs will be constructed by the manufacturer tailored for you, they may take up to 10-14 working days to be delivered. As soon as we receive them, we will send them on a next day delivery service and email you to inform you they are on the way.

Of course. If you need any guidance on custom made options, please call up or e-mail our Golfing Specialists. We have people here who are trained in exactly this area so they can talk you through an alternative shaft of grip. What you may need, we are here to help. You can reach us on 0161 969 4644 or at pro@scottsdalegolf.co.uk.