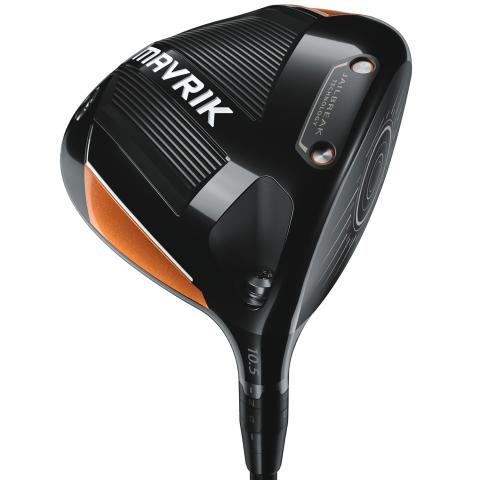 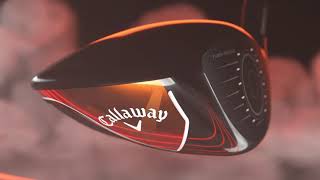 Show only Premium Next Day

Earn 873 loyalty points worth £8.73
When you buy this product 873 Loyalty Points will be added to your account after the 30-day returns window has elapsed. Loyalty Points are accrued on every order and can be spent on any item at any time during the checkout.
Loyalty Points


Callaway MAVRIK delivers incredible ball speeds technologies led by our A.I.-designed Flash Face SS20 architecture, high-strength FS2S Titanium, AND our new Cyclone Aero shape, which differs drastically from our recent driver shapes to promote faster head speed. The Cyclone shape is shallower from front to back, with a flatter crown, and a sole design that sweeps upward dramatically in the rear to create a markedly higher trailing edge. That’s how we decrease drag for increased clubhead speed.

The head’s internal and external weighting includes a single, fixed 5g weight positioned at the sole’s back-center, to promote mid-level spin and a moderate draw bias. Available in 9º, 10.5º and 12º lofts. 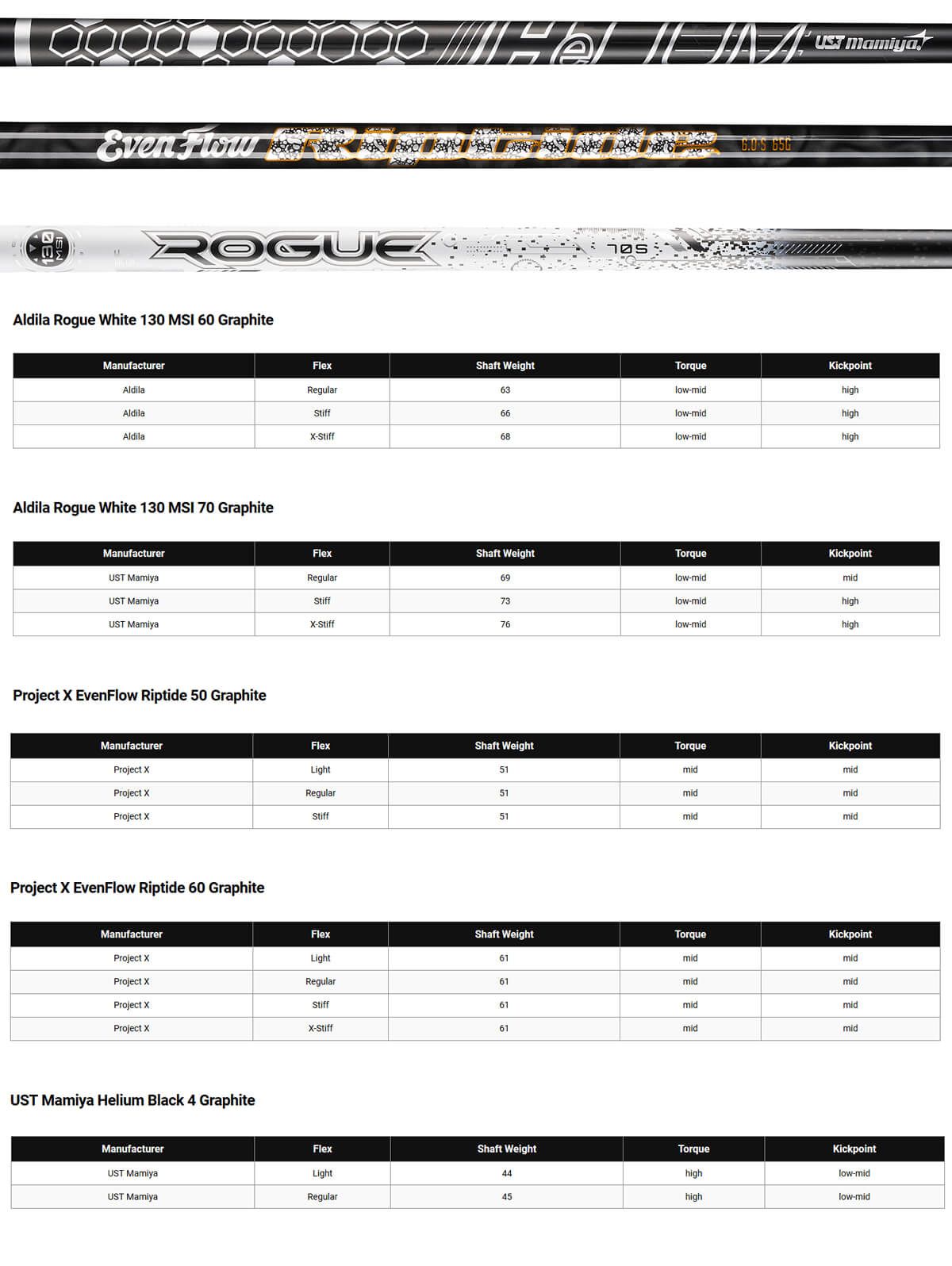 Standard Options
We offer the standard options from each manufacturer, with the standard specification setup.

Do Custom Fit Clubs take longer to be delivered?
Yes.  As the golf clubs will be built by the manufacturer specifically for you, they may take up to 10-14 working days to be delivered, depending on the brand.  Many are far quicker than this and most aim to get your new golf clubs built in 7 working days.  As soon as we receive them, we will send them on a next day delivery service and email you to let you know they are on the way.

Callaway Epic Flash set new boundaries by being the first driver developed with the aid of Artificial Intelligence and Machine Learning, which led to it being the #1 selling driver model in 2019. To push performance even further, we adopted a maverick’s rebellious and disruptive attitude. That’s how Callaway's world class R&D team created the new MAVRIK line, with the finest combination of distance, forgiveness, consistency and feel we’ve ever built in a driver.

With Callaway MAVRIK they invested in a new and more powerful supercomputer, which significantly advanced our understanding of A.I. and Machine Learning. And they discovered how to apply A.I. to make smarter and wider-ranging performance improvements in the face and throughout the clubhead. The incredible innovations in this driver are led by a new Flash Face SS20 architecture, with a thinner face and more expansive area that delivers ultra-fast ball speeds. The supercomputer operated for weeks, through thousands of virtual prototypes, until it arrived with a completely new face architecture, created to specifically work with the head of each Callaway MAVRIK driver.

The complexity of each Callaway MAVRIK Flash Face SS20 design demanded a stronger material to stand up to the stress of impact, so for the first time we’re using FS2S titanium in a club face, an exotic material that is remarkably strong and light—a full 6 grams lighter than traditional materials. From this high end titanium, we can consistently maintain ball speeds without sacrificing any integrity in the club face.

In addition to all the remarkable new technologies in Callaway MAVRIK Drivers, they have utilized several proven technologies that are crucial to the overall performance – Jailbreak and a T2C Triaxial Carbon Crown. Jailbreak features two internal bars behind the face that connect the sole and crown to promote faster ball speed. And our T2C triaxial carbon crown is significantly lighter than a titanium crown, allowing our engineers to redistribute additional weight to raise MOI and forgiveness.

Callaway’s R&D team also took maverick thinking well beyond the club face, using A.I. to help tune the acoustics of the head. Specifically, they used A.I. to optimize the internal structure and position of numerous ribs to create an immensely satisfying sound and feel.