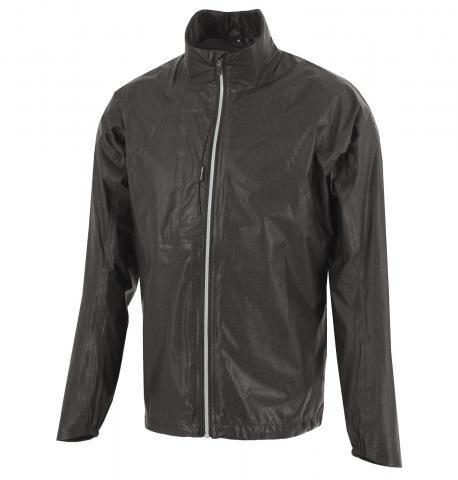 Earn 502 loyalty points worth £5.02
When you buy this product 502 Loyalty Points will be added to your account after the 30-day returns window has elapsed. Loyalty Points are accrued on every order and can be spent on any item at any time during the checkout.
Loyalty Points

SHAKEDRY is the brand new technology from Gore-Tex in collaboration with Galvin Green. This does exactly what it says and can simply be shaken dry! This is thanks to the inner Gore membrane now being located to the exterior of the jacket, ensuring there is no water absorption into the material whatsoever. The high degree of stretch within this Paclite shell ensures minimal restriction or friction through the golf swing, while the breathability levels are also enhanced for the wearer's comfort.

At just 174 grams, it’s the lightest rain jacket ever made by Galvin Green…and also the fastest. In fact, it’s been engineered to give golfers maximum speed, not just protection from the elements.

But what has speed got to do with a super lightweight garment designed to keep out the rain? The answer lies in the innovative SHAKEDRY™ technology that minimises friction during the swing so that golfers can maximise clubhead speed. The combination of full power and greater control throughout the swing, results in the prospect of better scoring in wet conditions.

It gets its name from the fact that the unrivalled GORE-TEX® waterproof membrane is positioned on the outside of the garment for the first time, without being covered by a conventional face fabric. As a result, the water simply beads up and rolls off the surface as quickly as it arrives. This means that since the jacket prevents any water absorption, there is minimal chilling effect on the body and a faster dry-off time than any other garment of its kind on the market.

Galvin Green is the first golfwear brand to introduce this streamlined, waterproof technology into its rainwear range with the ASHTON full zip jacket that forms part of the 2019 Part Two collection. But, such is the interest shown in the new garment, the jacket is being pre-launched in April to provide serious golfers with the opportunity to acquire it for a greater part of the season.

Ergonomically designed for optimum comfort throughout the golf swing, the ASHTON is also extremely breathable and takes up very little space in the bag. The streamlined jacket has a functional backer textile inside offering exceptional comfort next to the skin.

During playtesting of the ASHTON, Galvin Green was keen to establish how accomplished players would feel when they put on the new waterproof jacket, given that many are reluctant to do so for fear of losing clubhead speed. Former European Tour player Oliver Whiteley was among the first to give his reaction to wearing the ASHTON jacket out on the golf course in wet weather conditions.

“I don’t believe anyone could feel restricted in that jacket,” he said. “That’s lighter than anything I’ve ever played golf in or swung in before. It’s just like playing in a shirt!

“I think the ultimate thing in golf apparel – and certainly in waterproof clothing – would be to design a jacket that feels like you’re not wearing one. That would be a massive achievement…and I think that’s what you’ve achieved with this jacket,” he added.

How does Paclite differ from the normal Gore-Tex jackets?

Paclite jackets are extremely thin and very lightweight. Unlike the normal Galvin Green Gore-Tex jackets, they don't have a lining so are great in warmer weather or for golfers who like a thinner jacket for extra freedom.

The Gore-Tex membrane contains over 1.4 billion microscopic pores per square cm. These pores are 20,000 times smaller than a water droplet, but 700 times larger than a water vapour molecule, which makes the Gore-Tex 100% waterproof from the outside, while allowing perspiration to escape from the inside. The result is an ideal garment for golfers.

Garments from the Galvin Green Gore-Tex range are guaranteed to keep you dry, even in the toughest weather conditions. When it is cold and rainy outside, Gore-Tex is the optimal outer layer. A separate lining creates air columns for optimum breathability and comfort. The garments are extremely hard-wearing and long-lasting. As they are designed for golfers with maximum comfort and freedom of movement in mind, Galvin Green Gore-Tex golf waterproofs also feature comfort mapping technology. 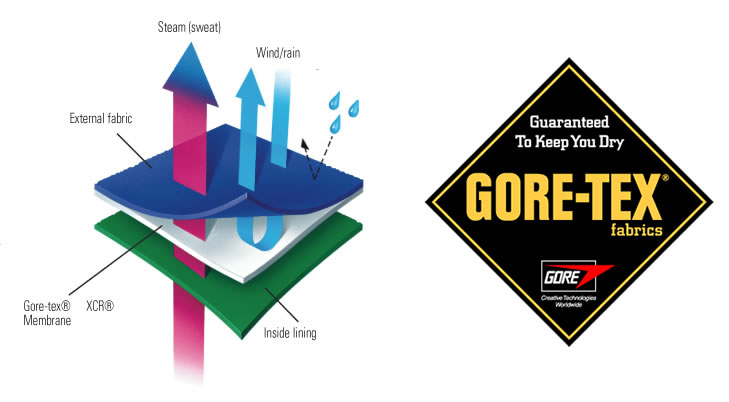 One of the best points about the Galvin Green golf waterproof range is the lifetime guarantee offered by the manufacturer. Quite simply, Galvin Green will guarantee these Alf Stretch waterproof trousers from letting water in for the life of the garment. Should any leaking occur, Galvin Green will inspect the garment and conduct a thorough investigation into the Gore-Tex shell. Customers will be able to see if there is a genuine fault (in which case it will be repaired or replaced) or if the Gore-Tex has been pierced through misuse, for example (in which case it will not).